How Microweber Went from a 3-Employee Startup to 12,000 Registered Users

Back
Tzveti Borisova created thread at May 22, 2018

By Lori Soard at WebHostingSecretRevealed.com

A mere three years ago Boris Sokolov and Peter Ivanov launched Microweber (www.microweber.com). They started with three employees, but today have grown the concept to over 12,000 registered users and growing by leaps and bounds. They estimate Microweber installations at around 40,000 and in the next five years expect them to reach 5-10 million. 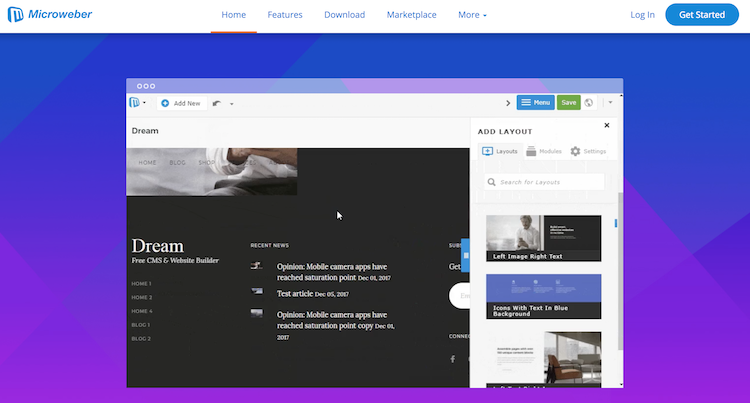 Co-founders Boris Sokolov and Peter Ivanov took the time to chat with us about the early days of Microweber and how they grew the platform in such a short period of time.

The idea of Microweber was actually born a long time ago – in the times when they were still a web design company, sometime in 2006. The system they had back then basically worked as the current one does, but its interface wasn’t as user friendly, and it had less functionalities.

"When we saw that our clients have no problem working with this CMS, updating content on their own, uploading their products and tracking their orders – which was a great challenge in the past – we decided this would make a good product. Why not further develop and improve it and release it as an open-source product?" Peter Ivanov, co-founders of Microweber, said.

The Early Days of Microweber

They’d been one of the first web design companies in Bulgaria and they’d already worked on a variety of projects. Boris’ background was in screen printing and web design.

Today, he is still a designer but also a usability expert in the company. Peter is self-taught in PHP and have been programming for about 10 years. He’s a back-end developer for Microweber.

"Microweber was initially developed by just three people and took several years to go live. The CMS was rewritten once, and we are currently rewriting it again as part of our new release. It may sound like a lot of work for such a small team, but we were strongly motivated by the fact that back in the times when we started out, there was not a single stable system that we could count on as web programmers and web designers."

"We did not want to use WordPress, Joomla, or Drupal, because they were too heavy and clumsy; we had no control over them. We had to do updates every time they did updates," Boris Sokolov, co-founder of Microweber, said.

Peter added: “We were basically a bunch of enthusiasts, simply frustrated with what existing software builders at that time had to offer. We were sick and tired of stumbling upon the same challenges – some of the features made them go mad, the lack of others even more so. We gradually began to build up confidence they could do better than that – in many ways. And we had the energy, enthusiasm and determination to do it.” 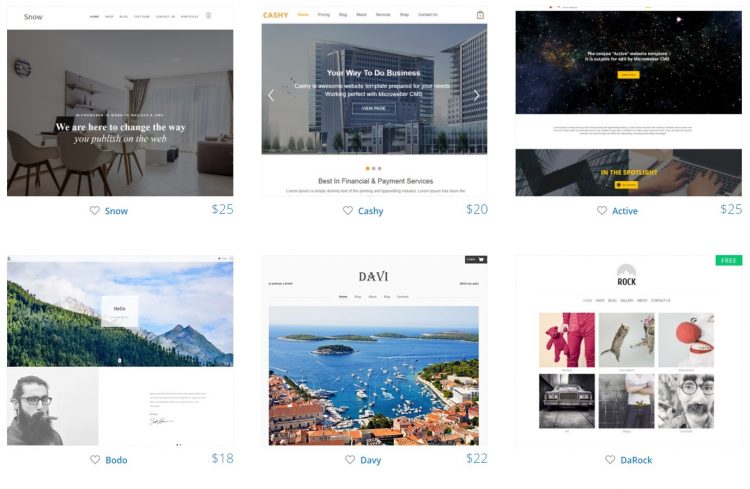 The decision to take Microweber Open Source meant startup money was needed. Microweber thought about starting a Kickstarter, but they weren’t quite ready so they discontinued it. Kickstarter can be a valuable resource for small startups, of course, but they found their funding via other platforms.

Boris shared that they came up with the idea for a YouTube video. At the time they made it, the video was more a way to motivate themselves. However, after a month or two of running the video on their homepage, they raised several thousand in US dollars. They simply called for donations, which attracted sponsors, and one sponsor gave $1,000. “This really motivated us to move on.”

Should You Offer Something Free?

Those considering starting their own business might wonder about giving something away for free, but this was the best choice for this particular product, because it opened up the CMS to a wider audience. Boris and Peter both chimed in on the pros and cons of offering something for free that you should be aware of.

Boris shared that offering a product for free allows users to get to know your product or service better before opening their wallets.

This model is particularly useful, especially for companies working with many clients. The free model gives you access to a huge pool of potential customers all over the world. Various studies suggest that some 25% of free users are converted to paying customers, which is a pretty good rate."

Peter pointed out that offering something for free does have its drawbacks, too.

"On the other hand, there are still those people, who think that when a product or service is free, it is of poor quality. It’s quite the opposite. Open source today is a synonym of quality, because there are many seriously qualified people who constantly develop this open source product. What’s more important, the fact that a product is open source does not mean that its creation does not involve some heavy financing and investment – quite the opposite."

Boris then summed up their company philosophy in a way that makes sense and is one many other businesses can learn from:

"Of course, I don’t argue our model is the best. There are successful companies like Apple, and Microsoft, for example, which don’t offer open source products, but they are doing pretty well. So, basically, it’s a matter of philosophy and careful business modelling.

We just like doing what we do, the way we do it." 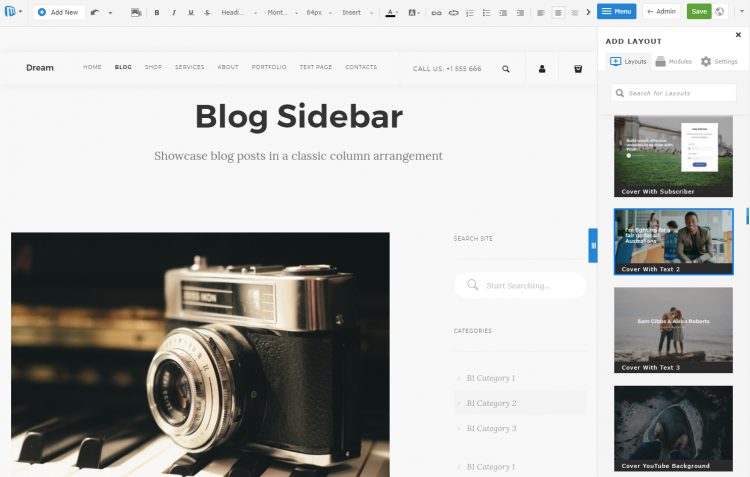 What’s in the Works for Microweber

Any strong business model continues to grow and offer new things, particularly in the tech industry.

I asked Boris and Peter what they have in the works for Microweber and discovered they have several interesting things they plan to add to the platform in the future.

They are hard at work on building new templates with a target of between 30 and 40 new templates. They are also working on making Microweber multi-language on the front in (the websites users create).

"We are developing a special Arab version (right to left) – it is almost ready."

They’re also working on elements such as improving e-commerce by adding invoices, implement GDPR compliance measures and looking at “suggest a feature” entries from users for new functionalities.

Peter pointed out their online store features and told me that they are working on a new version, releasing this month, and they have a new dashboard, real-time statistics, order tracking, comment tracking and some extremely powerful modules, such as galleries, video, social network log-in, maps, forms, etc.

One thing is certain, these men are on the cutting edge of technology and whatever they add will be user friendly and cutting edge.

A special thanks to Boris Sokolov and Peter Ivanov. These two were warm, friendly and open, but also savvy businessmen with more technical knowledge between them than many entire IT departments have. They are passionate about offering their product as open source, so it is available to anyone in the world who wants to use it and that attitude permeates everything they do.

Here are the key things I learned from these two:

Lori Soard has been working as a freelance writer and editor since 1996. She has a bachelor's in English Education and a PhD in Journalism. Her articles have appeared in newspapers, magazines, online and she's had several books published. Since 1997, she has worked as a web designer and promoter for authors and small businesses. She even worked for a short time ranking websites for a popular search engine and studying in-depth SEO tactics for a number of clients. She enjoys hearing from her readers.

Microweber is a website builder that helps you create responsive websites without having to write a single line of code.…