How the Internet changed our life. Part I: Communication

Back
Microweber Team created thread at

Such a sentence would sound gibberish less than ten years ago. Why would anyone make a bird sound because he finds a person’s social status appealing?

Its meaning is pretty self-explanatory today as two of those words have received a brand new connotation; an extension of usage that has devoured their initial meaning.

This is just an example of how internet completely changes the way we communicate. Old words become "updated", we witness the birth of new slang phrases, abbreviations roam the web waters. Connecting with others for personal or business purposes is swifter, unaffected by long distances and richer as options like video calling step in.

Let’s break things down a bit and take a look at the different aspects this ultimate phenomenon of an internet brings into our everyday life. As this will be a series of blog posts focusing on different topics, we start with an overview of internet and its influence on human communication.

Welcome to cyber-slang and enjoy your stay. Internet language is just like a little child – young yet growing rapidly and with a short attention span. Its structure is short, concise, full of abbreviations and memes. The modern KISS principle switches "simple" with "short", and if you happen to like juggling with words, please provide a TL;DR version. 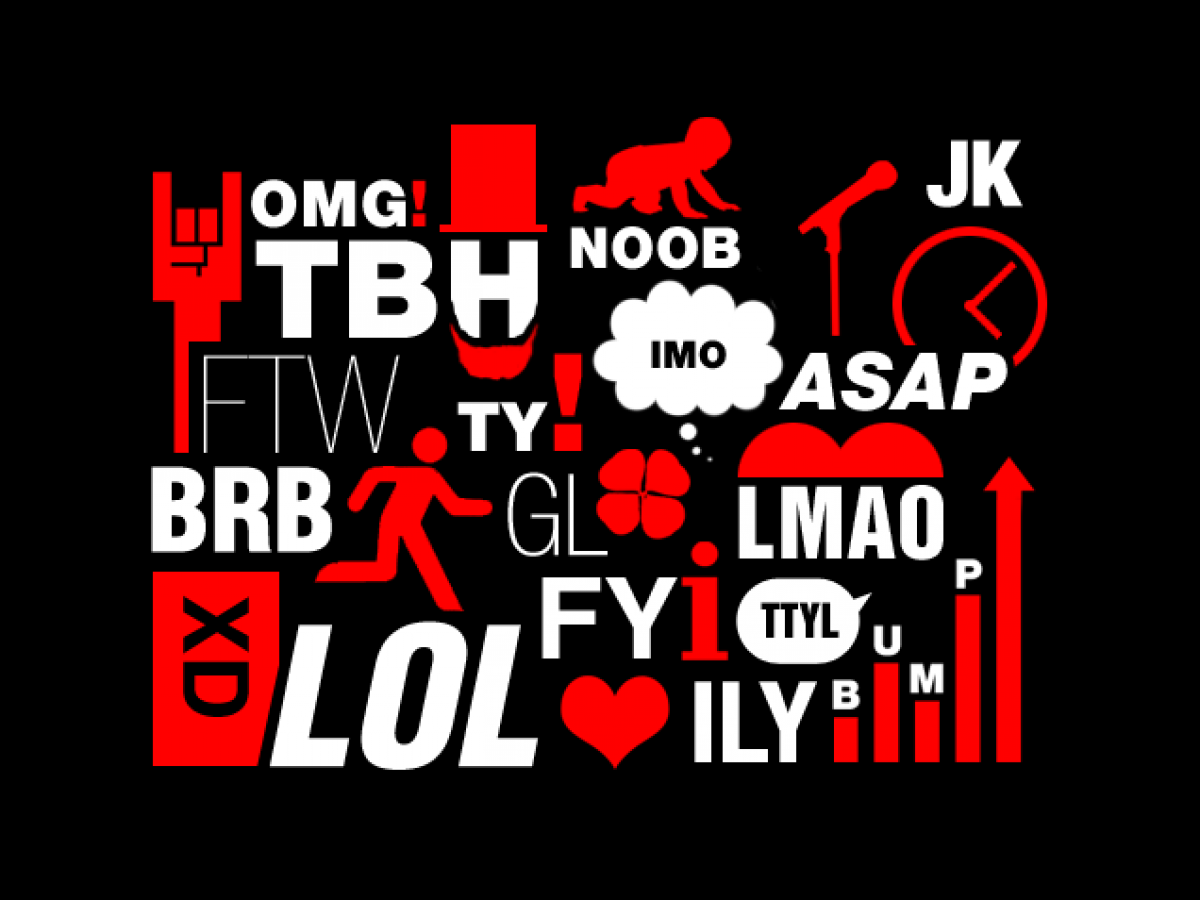 A quick look at Twitter functionality is one of the best examples of the laws of internet communication culture. Expressing yourself in 140 symbols or less surely has counted as a difficult task before Twitter appeared and users adapted to its postulate. Many advise on writing articles that are 800 words or less so the audience will be able to skim through them fast on its way to the next one. As Nicco Mele put it in a Forbes article, internet "increases the volume and dumbs down the sophistication of the information flow".

Nouns, verbs and adjectives sprout all over the web. "Trolling" or "rickrolling", "derping", "white knighting" and "tweeting" were born out of either meme culture or technological introduction. Some memes include omission of words, shortening the internet dictionary. Other provide an alternative read of traditional words, just like "status", "wall" and "like", "web". There’s even an esoteric programming language named OMGROFL based on internet slang.

The cyber-slang is a living, breathing organism full of oddities, amusement and perhaps a fair amount of worry for some. There’s a difference between communicating in concise manner and an obsession with message shortening. There’s a distinction between abbreviating unusually long phrases and going full "Tyvm, ily! Cya and atb". The internet culture has to be very careful while navigating between practical and superficial, even though just as a little kid would, it surely will learn from any mistakes made on the way.

Bonus: an internet slang dictionary for the needy.

Technology has revolutionized the span and pace of human communication. Snail mail took weeks in terms of delivery. Calling abroad was an expensive option definitely not fit for everyday communication. Reconnecting with old forgotten classmates, relatives or colleagues was a struggle.

From e-mail to software in the veins of Skype and later WhatsApp/Viber or social networks like Facebook, Twitter and LinkedIn, our communication is instant and global. We can find and reach to anyone we want to. Businesses can act more coordinated, with improved logistics, decision making and all-around action. Just organize a Google Hangout and work teams from all around the group brainstorm together on the go.

We have the choice of focus - Facebook for personal needs and expression, LinkedIn for detailed specific discussions and talks of professional manner, Reddit for mixed type conversations, Twitter for ultra-laconic pitching.  All of these retain the immediate nature of communication, a high reward - low investment option for everyone involved.

In addition to this our interaction got visual – while calling from your phone lacked seeing the person you’re talking to, video calls are now a common occurrence and provide improved interaction. Not to mention reducing the expenses involved as many of the communication platforms are free of charge. 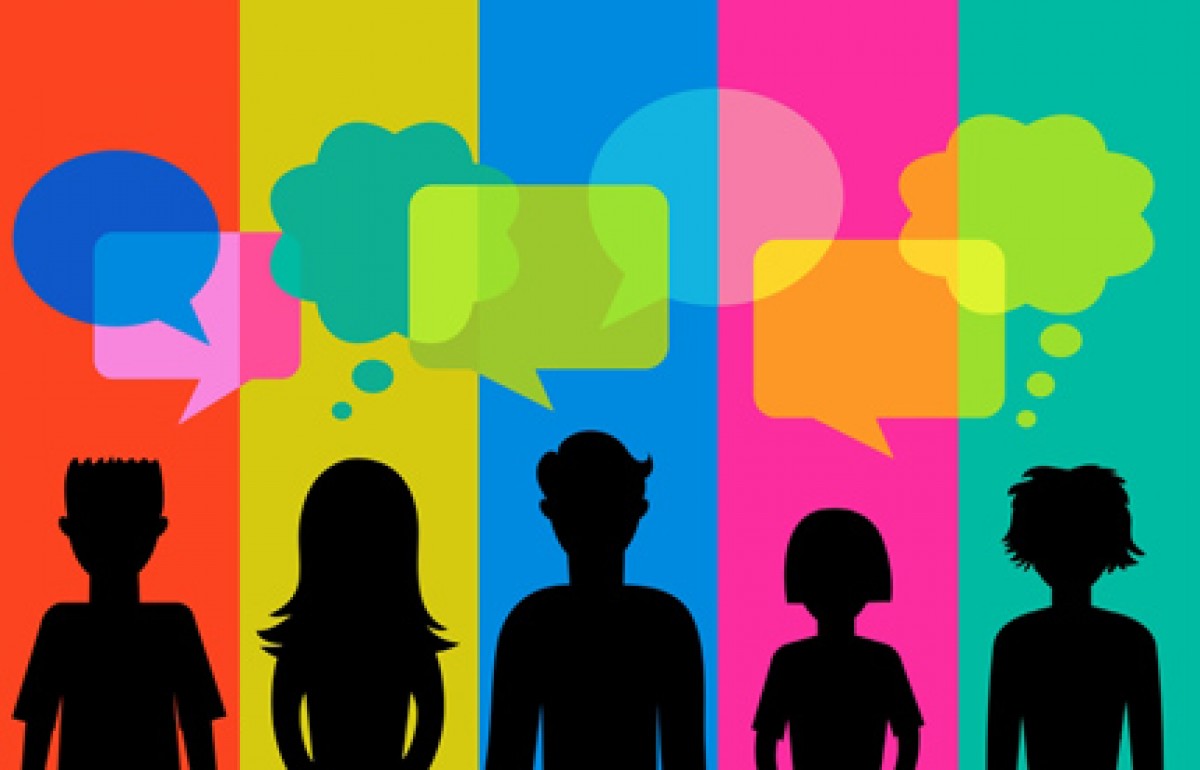 Aside from the jaw-dropping benefits, this "I can see you, hear you and talk to you everywhere and anytime" model has its drawbacks. The diverse multimedia experience it appears to be, technological interaction can still be a pale comparison with the real deal. There’s a completely different feeling when you meet in person with others and your face-to-face interaction doesn’t include a tech mediation.

While this is the only scenario in long-distance communication, many people tend to utilize it the same way for local communication which can easily find a "live" alternative. Such a preference disrupts the notion of what "social life" is and can lead to voluntary isolation in the gigantic domain of virtual reality.

Sceptics talk of estrangement and impersonal communication, an attention deficit in the way we talk with each other, a downward spiral of detachment. Connecting to millions of people in the instant of a second overburdens the mind. In our pursuit to interact with as many others as possible on a broad range of social networks, we tend to lose focus and become superficial in our communication, they say. Some experience strictly negative emotions like envy, depression or inferiority complex during their stay in social networks.

Then again all of this certainly can hold (or holds) ground in many cases, but it’s up to the individual to configure his communication specter and model and how deep the interaction rabbit hole goes. Internet interaction offers a freedom of choice but blurs the line between wise usage and overburdening.

The truth about internet influence in communication is that it’s a paradox phenomenon. There’s no doubt we’re much easier connected, but does this mean we’re more connected with each other? Where do we draw the line between expedience and over-simplification?

A prodigious child like the internet still needs to be looked after carefully. And just like our children never seize to amaze and teach us something new in their infancy, we have to draw our lessons.

Next we will be focusing on the ways internet influenced and changed the nature of business and employment. Be sure to stick around and subscribe to the blog to receive an update for the second part.

Drop us a comment on the rights and wrongs of modern communication if you feel like it. We love discussions, long or short, slang-y or formal :)

Microweber is a website builder that helps you create responsive websites without having to write a single line of code.…